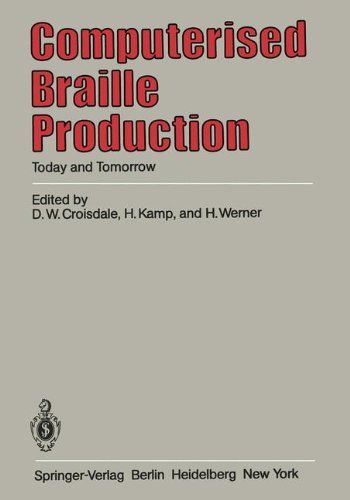 What is this All About?

This is a collection of documents, mostly pdf files, all saved on one server. The documents are organized chronologically. This archive contains documents related to blindness, braille, the automation of braille, and many other topics. For more information about the purpose of this collection, the sources, and the stories contained in it, please follow this link.

Master Index of these items and many sub items.

|| More on the Glaser, Magnuski, and Luconi braille project (This early report deals with producing mathematical braille and music braille) 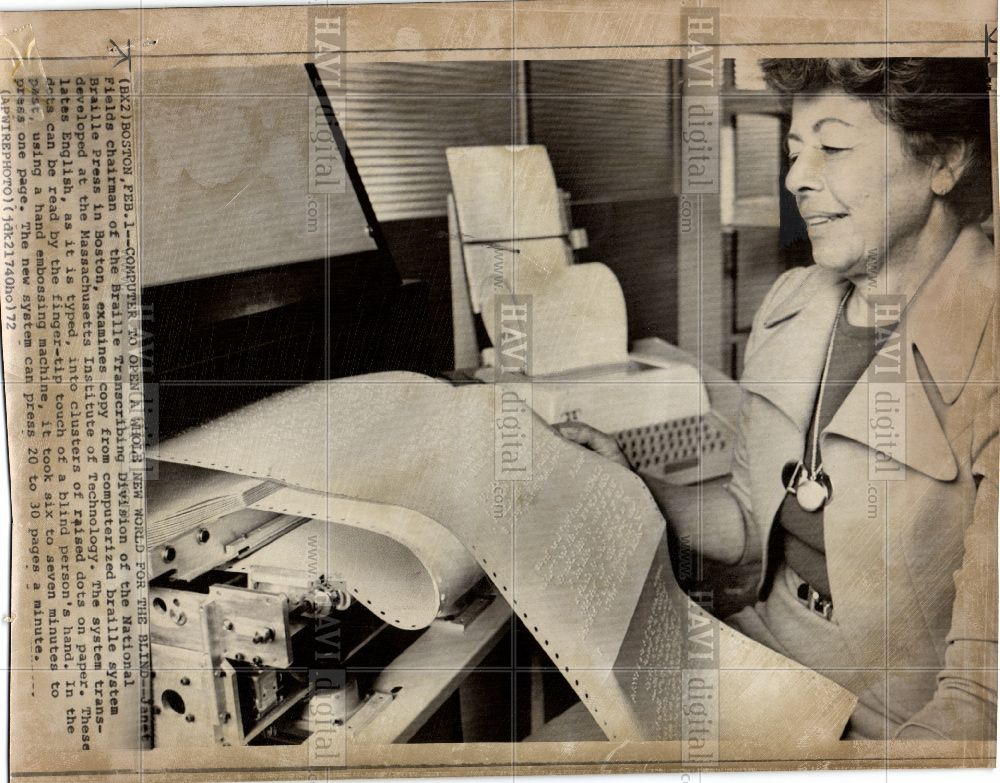 BOSTON, FEB. 1--COMPUTER TO OPEN A WHOLE NEW WORLD FOR THE BLIND--Janet Fields chairman of the Braille Transcribing Division of the National Braille Press in Boston, examines copy from computerized braille system developed at the Massachusetts Institute of Technology. The system translates English, as it is typed, into clusters of raised dots on paper. These dots can be read by the finger-tip touch of a blind person's hand. In the past, using a hand embossing machine, it took six to seven minutes to press one page. The new system can press 20 to 30 pages a minute. (AP WIREPHOTO) This Photo is dated 02/02/72.